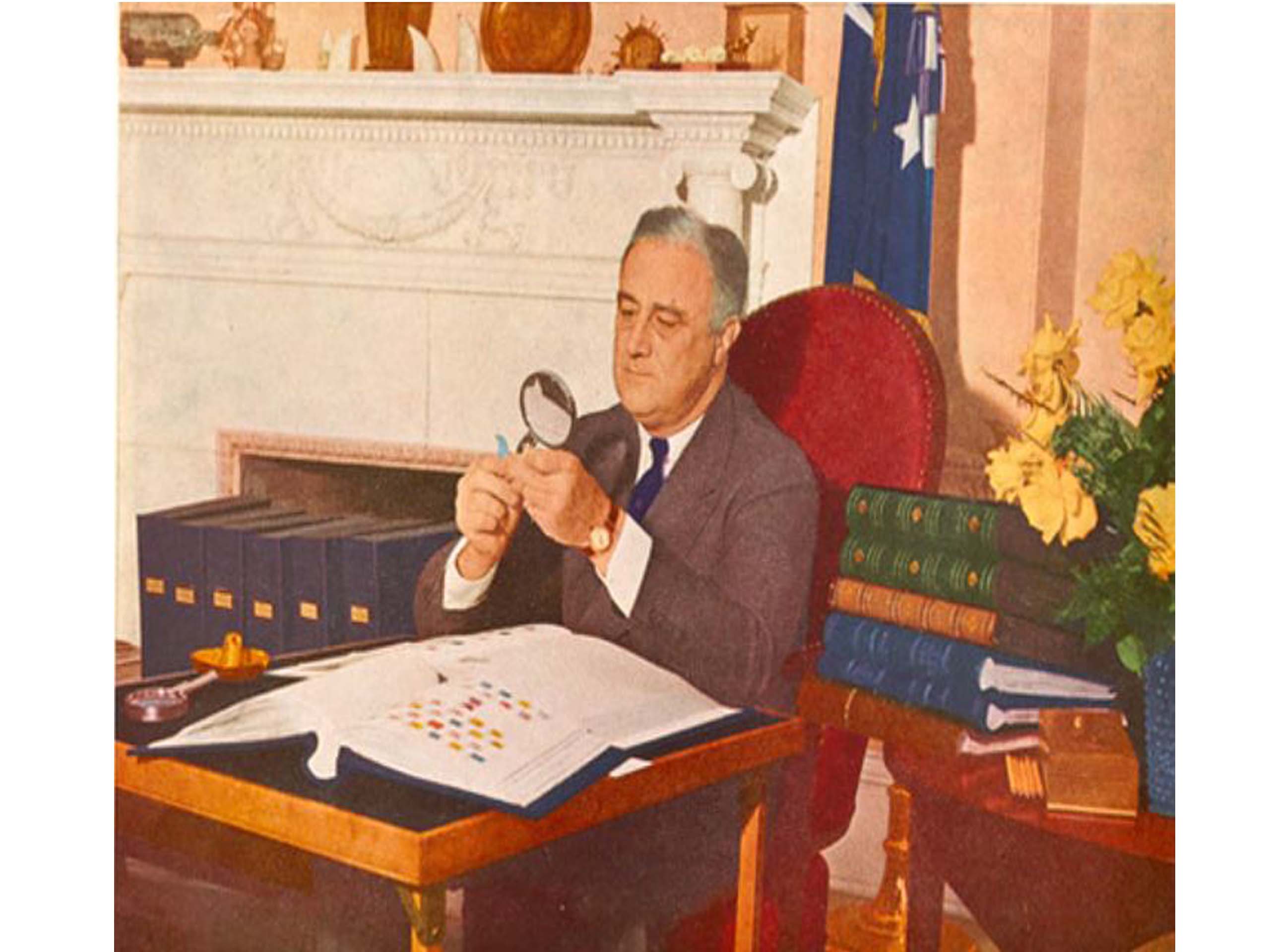 President Franklin Delano Roosevelt, the 32nd President of the United States, was known as “the stamp collecting president”.  This passion developed in childhood and continued until his death.

During his administration, Roosevelt played a critical role in much of the creation, design and promotion of some 200 stamps released during his time in office (1933-1945).