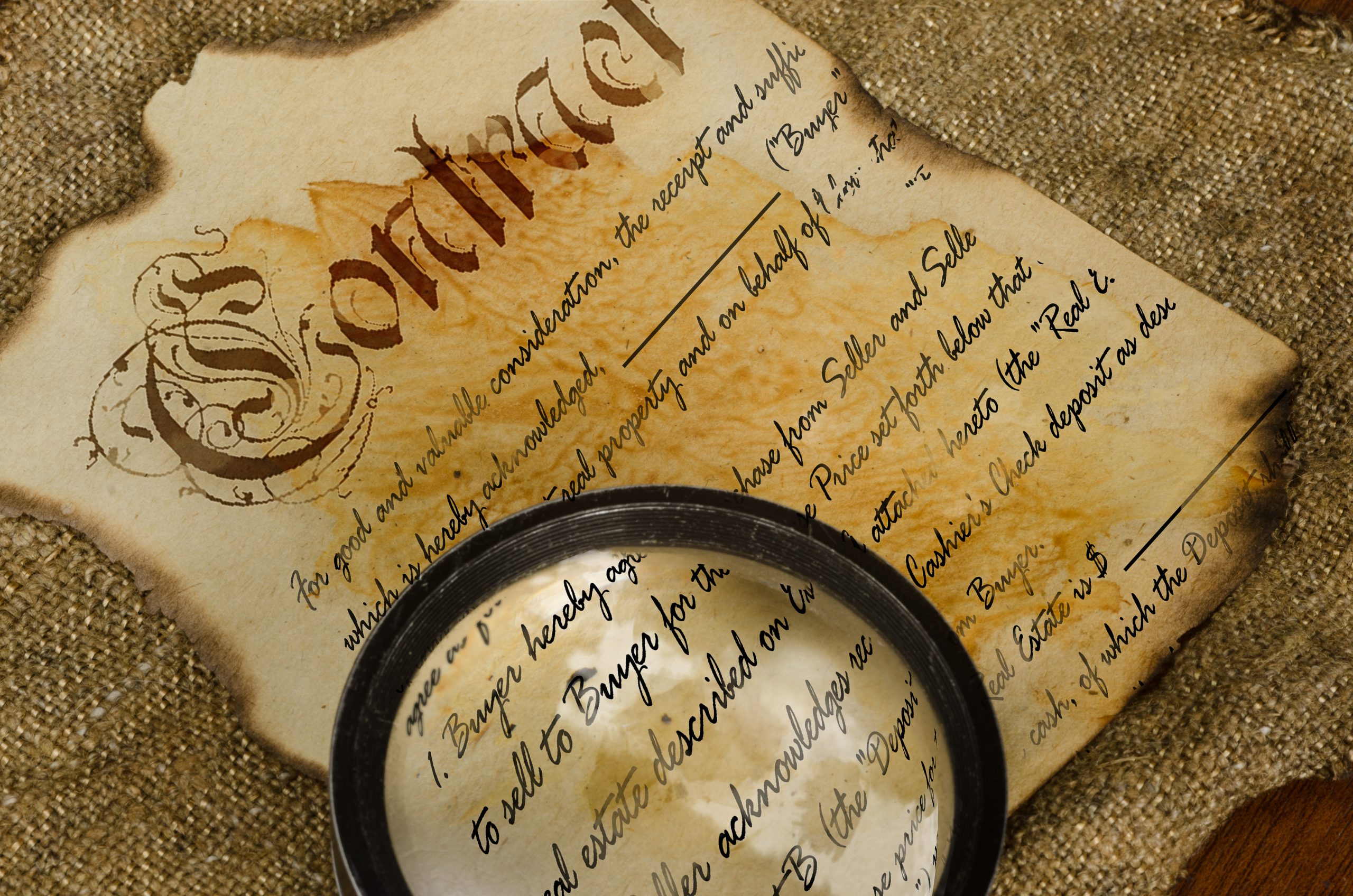 ABOUT Conditions of Sale

1. Unless announced otherwise by the auctioneer, all bids are per lot, as numbered in the printed catalogue applicable to such auction (the “Catalogue”). Harmers International, Inc. (hereinafter “Harmers”), as agent for the consignor or vendor, shall regulate the bidding and shall determine the manner in which the bidding shall be constructed. Harmers
reserves the right to withdraw any lot prior to the commencement of bidding (without liability to any potential purchaser or agent), to re-offer any withdrawn lot, to divide a lot and to group two or more lots belonging to the same consignor or vendor. Harmers has the right to refuse any bid believed not made in good faith, demand a cash deposit from anyone prior to bidder registration, or demand payment at the time the lot is knocked down to the highest bidder for any reason whatsoever. Harmers requires new customers to submit a bidders registration form at least ten (10) days prior to the auction.

3. On all lots sold, a commission of 18% on the hammer price is payable by the buyer to Harmers.

4. (a) The auctioneer reserves the right to bid on behalf of clients (and consignors or vendors) but shall not be liable for errors and omissions in executing instructions to bid, however, received, notwithstanding whether such errors or omissions are those of the bidder, the bidder’s agent or the auctioneer.

(b) All lots are offered subject to a reserve price. The auctioneer, at his discretion, may implement such reserve price by bidding on behalf of the consignor vendor.

(c) It may also be assumed that all consignors have been advanced monies against the sale of their stamps and Harmers, therefore, has a security interest over and above the auction commission.

(d) Purchase made by a consignor or vendor or his agent on his own lots shall be considered as a sale and shall be subject to commissions and sales tax as set forth in these Conditions of Sale.

(e) Agents are responsible for all purchases made on behalf of their clients unless other arrangements have been confirmed by Harmers in writing prior to the auction.

5. Payment for lots and the commission payable with respect thereto, including those on which extensions are desired (see paragraph 9 of these Conditions of Sale), shall be as follows:

(a) Floor Bidders. Payment of the purchase price and the commission applicable thereto, or such part thereof as Harmers shall require, shall be made by the purchaser in such manner as Harmers may determine. The name and address of the purchaser of each lot shall be given to the auctioneer immediately following the sale of such lot.

(b) Mail, On-Line and Telephone Bidders. A successful bidder will be notified of lots purchased. Before Harmers will send such lots, payment in full (including the commission payable to Harmers) must be received by Harmers within three (3) business days of receipt of the aforesaid notification. However, a purchaser known to Harmers, or
who furnishes satisfactory references, may, at Harmers’ option, have purchases delivered or forwarded for immediate payment in US dollars. Mailed delivery will be to the registered address on the bid sheet and receipt of proof of shipment to the registered address shall constitute delivery. All charges for handling, delivery, and insurance (to the extent obtained by Harmers on behalf of the purchaser) shall be added to the purchase price. Risk of loss in transit shall be on the purchaser.

(c) Credit Card and PayPal Users are subject to an additional 3.5% fee and may be requested for a bidding deposit.

6. Title shall not pass to the purchaser until full payment has been received by Harmers, as agent for the consignor or vendor.

7. (a) Purchasers agree to pay for lots as specified in paragraph 4 of these Conditions of Sale and no credit shall be extended. A late payment charge of 2% for the first month and 2 ½% for each succeeding month compounded shall be added and Harmers will charge on-file credit cards if payment is not made in accordance with aforesaid conditions.

(b) In the event that a bidder shall fail to comply with these Conditions of Sale (“Non-Complying Bidder”), then, as to any lot with respect to which such failure to comply occurs, Harmers may, at its sole discretion, reoffer such lot during the same auction or at an auction at a later time, or by private treaty at such time at Harmers, at its sole discretion, deems appropriate. The Non-Complying Bidder shall be liable for the deficiency, if any, between the hammer price and the net proceeds of a sale to a subsequent purchaser (whether at auction or by private treaty), as well as for all costs and expenses of both sales, all other charges due thereunder (including commissions with respect to both sales, whether payable to Harmers or to a third party) and all incidental damages related thereto. It shall be at Harmers’ sole discretion to determine whether to re-offer the lot theretofore hammered-down to a Non-Complying Bidder at the same auction, or by private treaty in due course, or at a subsequent auction, conducted by Harmers, and in no event shall any surplus arising from the sale of a re-offered lot be payable to a Non-Complying Bidder.

(d) If Harmers takes any legal steps to secure payment of a delinquent account, the defaulting purchaser shall be liable for all legal and other expenses incurred by Harmers to secure such payment, including but not limited to a reasonable allowance for attorneys’ fees. For purposes of this paragraph, the term “legal steps” shall be deemed to include any and all consultation by Harmers with its attorneys with respect to all matters arising out of a delinquent account.

EXHIBITION AND INSPECTION OF LOTS; QUALITY

8. (a) On Premises Inspection and Postal Viewing. Ample opportunity is given for on premises inspection prior to the auction date and, upon written request and at Harmers discretion, for inspection by postal viewing (all as detailed elsewhere in the Catalogue).

(b) Each lot is sold as genuine and correctly described, based on individual description as modified by any specific notations in the Catalogue, including but not restricted to the section thereof entitled “Key to Cataloguing”.

(c) Quality. Any lot which a purchaser considers to be incorrectly described shall be returned to Harmers within two weeks of its receipt by such purchaser (“Returning Purchaser”), provided, however, that the same must be received by Harmers within four weeks of the date of the auction. Any lot, the description of which is disputed, must be returned intact in the condition received by the purchaser.
Notwithstanding the foregoing, the following lots are not returnable, except at the sole discretion of Harmers:

(i) lots from purchasers who attended the exhibition of lots;

(iii) lots on account of their appearance, if they are illustrated in the Catalogue;

(iv) lots described as having repairs, defects or faults;

(vi) no encapsulated stamp (unless originally offered in this condition);

EXTENSION OF TIME FOR CERTIFICATION

9. When an opinion from a “generally recognized authority” is desired by the purchaser:

(b) Harmers, and only Harmers, will submit the item to the agreed upon expert.

(c) If a lot is certified by a “generally recognized authority” to  be other than as described, or the authority declines to express an opinion, this is normally grounds for the return of a lot.

(d) Except to the extent set forth in paragraph 10 of these Conditions of Sale, payment of the expense of certification will be paid by the purchaser.

(e) In the event that a dispute cannot be resolved by reference to a “generally accepted authority” and Harmers thereupon undertakes to re-offer the lot with a description identical to the description disputed, the Returning Purchaser shall be liable for the deficiency, if any, between the proceeds of the sale to the Returning Purchaser and the proceeds of a sale to a subsequent purchaser, as well as for all costs and expenses of the re-sale, including commission, and all incidental damages.

10. Expenses of certification shall be borne by the purchaser, except where a lot is certified “other than as described” and is returned to Harmers in accordance with paragraph 9 of these Conditions of Sale. Expenses incurred in the submission and the return of a lot under paragraphs 8 or 9 of these Conditions of Sale are not refundable, except the cost of the certificate itself.

11. Unless exempted by law, a purchaser shall pay any applicable State and local sales taxes, or any compensating use taxes of any other State or government authority (collectively, “Taxes”). A purchaser claiming an exemption from payment of any Taxes shall provide evidence acceptable to Harmers of such exemption.

12. All matters arising out of this auction shall be governed by the laws of the State of New York, without giving effect to the choice of law principles thereof.

13. Any controversy or claim arising out of or relating to this auction shall be settled by a court located in Westchester County, State of New York.

14. The purchaser at auction (a) consents and submits to the jurisdiction of the Courts of the State of New York and of the Courts of the United States for a judicial district within the territorial limits of the State of New York for all matters arising out of the auction sale, including without limitation, any action or proceeding instituted for the enforcement of any right, remedy, obligation and liability arising under or by  reason thereof; and

(b) consents and submits to the venue of such action or proceeding in the County of Westchester and Country of New York (or such judicial district of a Court of the United States as shall include the same).